Just a few days ago I brewed one of my favorite homebrews I have ever created. Pirates Booty! This year is my second time making it and I hope that the first time was not just beginners luck. I hope that this years version, same recipe and system, can live up the previous batch being everyone loved it. This will for sure make it's way into my line up every year from here on out. After it is bottled and properly conditioned I will decide if I need to make any changes to it.

Pirates Booty is a Robust, Oaked Rum Porter. I soaked the oak cubes in Bacardi Gold. I figured it was decent enough to sanitize the cubes and being it is extremely easy to find I would not have issues with finding it in the future. Inexpensive too... When the end of the brewday came, I decided that I wanted to do something with some of the spent grain this time. Before I have tried to make some breads. Hated most of them, but really liked one... wish I knew what recipe that was. I haven't done anything else but I would not mind trying a pizza crust. I did a little googling and came across this site.

The layout is pretty crappy but it talked about spent grain flour, dog treats, waffles, and another bread. I may give all of these a shot. I try to use the spend grain from batches that have a variety of grains. Pirates Booty carried a good variety of light and dark roasted malts so this is definitely one that I would want to use. As much as I would have loved to do the bread and waffles, this time I stuck to the spent grain flour and some dog treats. I thought it would be nice to take care of the brew dog. 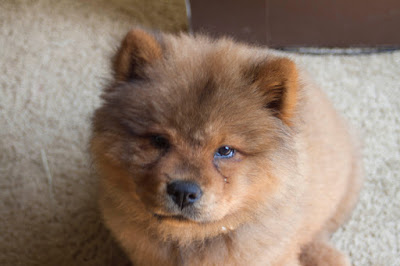 Making the spent grain flour took forever. It was an annoying process more than anything at the time. Very simple though, Bake for a long time, mix it up to help it dry evenly, throw it in a blender or something. Came out looking like this.

After mixing all the ingredients together it was just as simple as cookies. Take a cutter and cut out the rolled dough. Very Simple. Bake.

You may need to adjust the amount of flour in the recipe based on the amount of liquid left in the grains. Using your hands, mix all ingredients together in a bowl. Then shape using a cookie cutter or cut into rounds using the open end of a drinking glass with a floured rim.

Bake at 350 for 15 minutes for softer, cookie-like treats (great for older dogs or puppies), or bake at 225 for 2 hours to achieve a more biscuit-like treat.

They come out looking like this... Ok, fine. They aren't really Bat Mustaches but, I had to do it! You can't tell me you would not have! It did not effect the final product.

Which is here. They look and fancy and stuff. What do they taste like you might ask? Would I taste them? HELL YEAH!!! The ingredient list did not look bad at all. If you wouldn't try at least a bite, you have issues.

They were actually pretty flavorless, I thought. I should have added twice as much peanut butter. Brew Dog didn't seem to mind though. He kept eating them until I stopped giving them to him. The recipe made a ton... Fun stuff though. Gotta love it.