Not too long ago, I picked up a slew of New Belgium Beers and, as you probably assumed, I was really excited to try the new Lips Of Faith offerings. Between the two new offerings, I decided to open the Cascara Quad first based on a recommendation. I really had nothing to go off of besides the descriptions. Though, The Heavenly Feijoa sounds like one I would really enjoy.

Local roasters Novo Coffee turned us onto Central America's Cascara, the fruit or husk that surrounds coffee beans. When dried, it can be made into a tea with hints of cherry and tobacco. Blend that into a Quad fermented with gorgeous malts and date sugar for a crazy complex beer to warm your winter nights.

It's been nothing but cold around here recently, so that is exactly what I was trying to do. Though, I'm open to the idea, the Date Sugar really turned me off from the get-go. I had another beer recently that used Dates as a major part of the beer and, while I thought it was good, it was just not a flavor profile I was looking for. Then, I was not 100% positive that it was Dates that contributed the flavor, but now having a second beer, I know for sure.

Cascara Quad poured a magnificent, deep reddish hue with a big off white head that recedes rather quickly. The nose is a touch sour, a bit of cherry, and some very nice deep coffee and date tones over top. The nose of this beer was really complex and I think it has gone to levels never before seen by New Belgium.

There were instant hints of spice, a twang that was a bit tart and a nice full body. Those dates I was referring to, really take off and cover the greater amount of flavors in this one. Roasty in the back end and it really sticks to your throat. Coats the whole mouth. All of the flavors are pretty sharp. Even hints of clove and banana appear before the beer dries out. As complex as I thought the nose was, it has nothing on the flavors that come through.

Overall, I was not too big of a fan on this one. While it is well made and there is a lot going on, just trying to get passed the Date flavor was the hardest part. I did, however, hoard the whole bottle to myself! There was a lot of good, but it saddens me to say, in this case, Baby Trish Was Not Impressed. 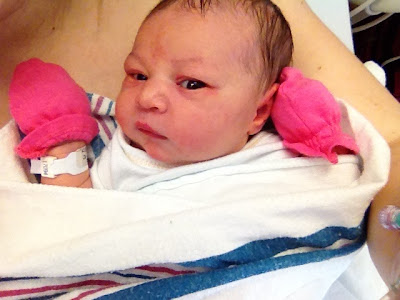