Black Butte XXIV is a beer of celebration. Not just 24 years of Deschutes, but also a personal moment for me. I brewed a beer for this day, and I originally wanted to drink my Black Butte XXIII being Black Butte is my favorite porter and I have been holding onto it for sometime. The reason I went with XXIV is because, well, it all happened on the 24th.

The anniversary issues of this beer are all different recipes and aged in whiskey barrels after fermentation. I believe the first year they did this was 2008, for Black Butte XX. Not like the bottle of Black Butte XX I drank, but the actual anniversary edition. I cannot be sure. I probably should have just wrote them to find out, but I am just thinking of it now. Anyway, I would like to introduce you to, "The Baby Of The Grain"! Though, she completely hated being surrounded by Belgian Pils and Cluster Hops. 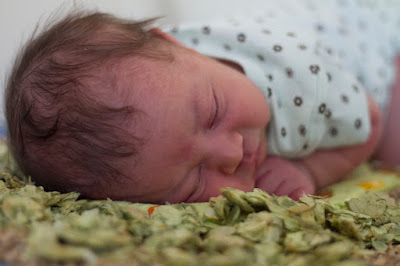 While maybe I should have opened a New Belgium La Folie or some other Flanders Red because that is the style of beer I brewed, I really wanted to drink the Black Butte. Ever since moving from the Pacific Northwest, I have really missed this brewery. I never thought it would be so hard to get beer from them. This is super crazy. I am holding onto a bottle of The Dissident, The Stoic, Conflux #1, and The Abyss 2011 on top of the other Black Butte, but I am missing out on a lot of their other beers.

Here is, "A 'Few' Extra Ingredients", Deschutes write up about the process of making this beer. There is a whole lot of intersting stuff in there and worth a read.

This edition of the beer was brewed with, "artisanal dark chocolate nibs, deglet dates, and mission figs". They claimed it could be their best edition yet, but we will see. On the bottle it had a best after date of 07/23/13, but I was not going to wait for that... Maybe I should check my XXIII and see if that one has a best after date.

This beer had a lot going on, but that is to be expected of it. It poured a deep, dark, oilesque black and formed a small brown head around the top. No light was getting through this beast at all. On the nose you get those figs that they threw in there. A very strong experience. A lot of sweetness and light hints of chocolate. Saying you could not pick up alcohol in this one either, would be a complete lie. This one clocked in at 11%.

This is where they make their money. I feel there were literally figs in my mouth. There was a weird overlying flavor that I cannot exactly define what it was but it was there throughout the whole beer and it lingered on and on and on. Maybe those dates that were highlighted in this beer. Some hints of coffee, chocolate, sweet, and syrupy. This beer coats your entire mouth and surprisingly enough, you cannot taste that 11% burn at all, though it did have some bourbon like characters.

I loved this beer a lot. So much good and no bad. Just what I have come to expect from their birthday beers and the year round edition of it as well. They feel it is their best edition yet, I am not sure. XXIII made me weep and call home crying about how I never wanted to drink another beer. I still have a bottle of it so once it's open, I guess I will see. Though, I do not see this taking the throne. I hope I can get a bottle of the XXV once it is released as well as the Class of '88 beers since it is about that time. I wonder what those hold in store for us.