Well, this has been a long time coming but with the Sierra Nevada Beer Camp Across America Variety Box and the Beer Camp Across America Tour starting up soon, I figured I might as well get this out now. Kind of build up to it and me going to Mills River for the final stop of the tour. So, as annoying as I was... Here is the first part of my 3... or 4... or 5 part mini series on Sierra Nevada Beer Camp! The Journey, The Experience, The Spoils, The Box Set, and then Mills River. I hope you enjoy.

Anyway you look at it, Chico, It's a hell of a town. I mean, I have been there before but this time the experience was like none other. And I really have everyone online to thank for it. I know by the time you are reading this it is either too late or too close but if you can make it out to my party on July 12th in Raleigh... COME OUT!!!! Anyway, you may not know much about Chico other than the fact that is where Sierra Nevada resides. So what is it? Some random college... Yes, but there is more to it. A world of magical mystics and wonder.

Toward the end of last summer, Sierra Nevada reopened their consumer Beer Camp contest. This was the 3rd year that they have ran the Beer Camp contest publicly. It is usually reserved for people within the industry; bars, distributors, sales reps, yada yada, to explain to them the beer making process and what Sierra Nevada is doing that is innovative and above the rest. They design and brew a beer during the Camp while touring the facilities and tasting everything in sight. When I found out about this contest, I had to enter! But you already knew that, right? 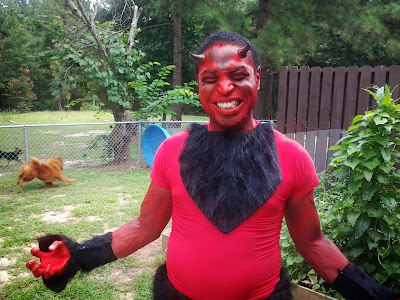 The video I put together was called "The Best Beer In The World" which was pretty much a take on Tenacious D's song and video Tribute. After the fact, a buddy pointed out that I probably looked like an asshat because the videos from the rest of the group, and even those who were not fortunate enough to get it, were talking about how great Sierra Nevada's beer is and my video featured me brewing The Best Beer In The World... No help from them... It's a method... It worked in this case. I had a few employees tell me they pulled for my video, so WIN!

The Best Beer In The World from L Allen Huerta on Vimeo.

I submitted my video and then I had about 55 days to spam the internet and ask for as many votes as I could from the world... I am sure you remember that. Especially those of you who blocked or unfollowed, uncircled, unwhatever it is you do. I had a pretty good hold on 4th/5th place until about the last week. I had dropped out of the running and then back up to 9th numerous times. I was freaking out, begging, and pleading to have everyone help me. The worst part of the whole voting process was when they decided to extend the contest another 15 days... especially after I was promising that they only had to vote for me for 3 more days and then I would leave them alone from my constant spam. I was drained at that point. I seriously did not want to go on. But being as close as I was, I was not going to waste this chance.

The contest ended and I had just made the top 10. Such a relief... but then there was nothing to do for about 2 and a half months... and then, I arrived... 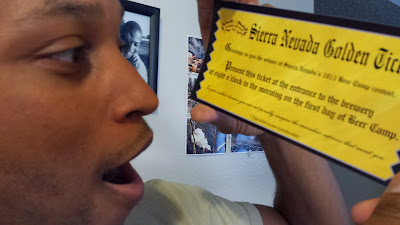