Whenever I go out to a bar, or growler filling station, I always give the brewer the benefit of the doubt that their beer is well made. Even if I don't particularly have a good track record with a specific brewery, I feel that the beer-unknown or an old favorite-is one that will meet certain standards from the production to my glass. 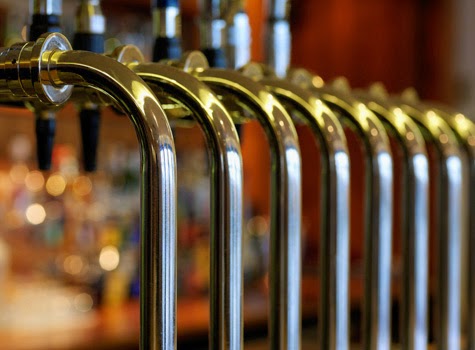 I would assume that we have all experienced that pint that was just not right. I know the enjoyment of a beer is a combination of many factors; mood, environment, and service to name a few. But there are times when everything you get makes you wonder... "Is this really how it's supposed to taste?" Maybe, but there are other avenues to consider before you just write off a particular beer or brewery forever.

Depending on the flavors you sense, you could possibly find issues with old and dirty beer lines.

A lot of these issues are avoidable if the company knows what to look for or if they conduct regular maintenance of their equipment. While some states have laws stating the lines are to be cleaned every two weeks, others don't. In some states, it's the bars responsibility to assure the lines are clean. In others, the distributors. But even with regular cleaning, improper service can cause issues in the flavor of your beer.

One of my biggest peeves while out drinking, (when I can see the beer poured), is watching the faucet touch the glass and then proceeding to be dipped into the beer. While there may not be issues immediately that's an unhygenic practice and promotes the growth of bacteria; namely Pediococcus and Lactobacillus.

Pediococcus is typically the bacteria that is associated with a buttery or butterscotch flavor in draught beer, known as diacetyl. Lactobacillus, on the other hand, typically produces sour & acidic flavors in your beer.

There is another source of bacteria that can sour draught beer, Acetobactor. The difference in life cycle between acetobactor  and the two above mentioned bacteria, is that acetobactor is an aerobic bacteria. While Lactobacillus & Pediococcus are both anaerobic.

Acetobactor grows in disgusting conditions to begin with. So other than the effects it has on the beer, it's not something a company would want in their draught lines. The main places that acetobactor is found are dirty drains, spill trays, bar tops, & used bar rags... which then make their way onto faucets... and into your beer, through a number of methods.

I've had people ask me before, I've even contemplated this myself; Should we tell someone that their beers lines are possibly dirty? Should we send the beer back?

Before, I was not sure. Maybe I was scared of something... I don't know, but you should never be afraid to send a beer back and tell them about the issue you are experiencing. It can help prevent the problem in the future and some may be excited to hear about it. It could be an issue they had no idea about... But that brings up a whole different set of issues. Though, that more than likely falls on the establishment's policies.

There are other things that can go wrong with beer and not everything comes from the point of consumption. These are just a few of the common issues you might, (hopefully not), experience. But if you do, you might want to ask how often the beer lines, faucets, & couplers are disassembled and cleaned.